"Turning the Page" is a documentary photo essay developed in Portugal, which focuses on the change brought about in individuals who have been traumatized as a result of violent crimes in the past. These people, whilst fighting their shame, fear and vulnerability, reached out the Portuguese Association for Victim Support, APAV (AssociaçÃ£o Portuguesa de Apoio Ã  Vítima) - which helped me out finding these people.

Between September 2014 and April 2015 I photographed and interviewed approximately 30 people who suffered from domestic violence, human trafficking, stalking, street violence and others who were traumatized by the murder of someone close to them.

The current project is not only about the violence these women and men suffered. It is essentially about how they are doing now and how they dealt or are dealing with their trauma from the past.

Telling the story of these people gave me the opportunity to show their braveness when facing such a heavy reality and also to show how strong they are when deciding to start a new life, in situations where is difficult to find a way out. 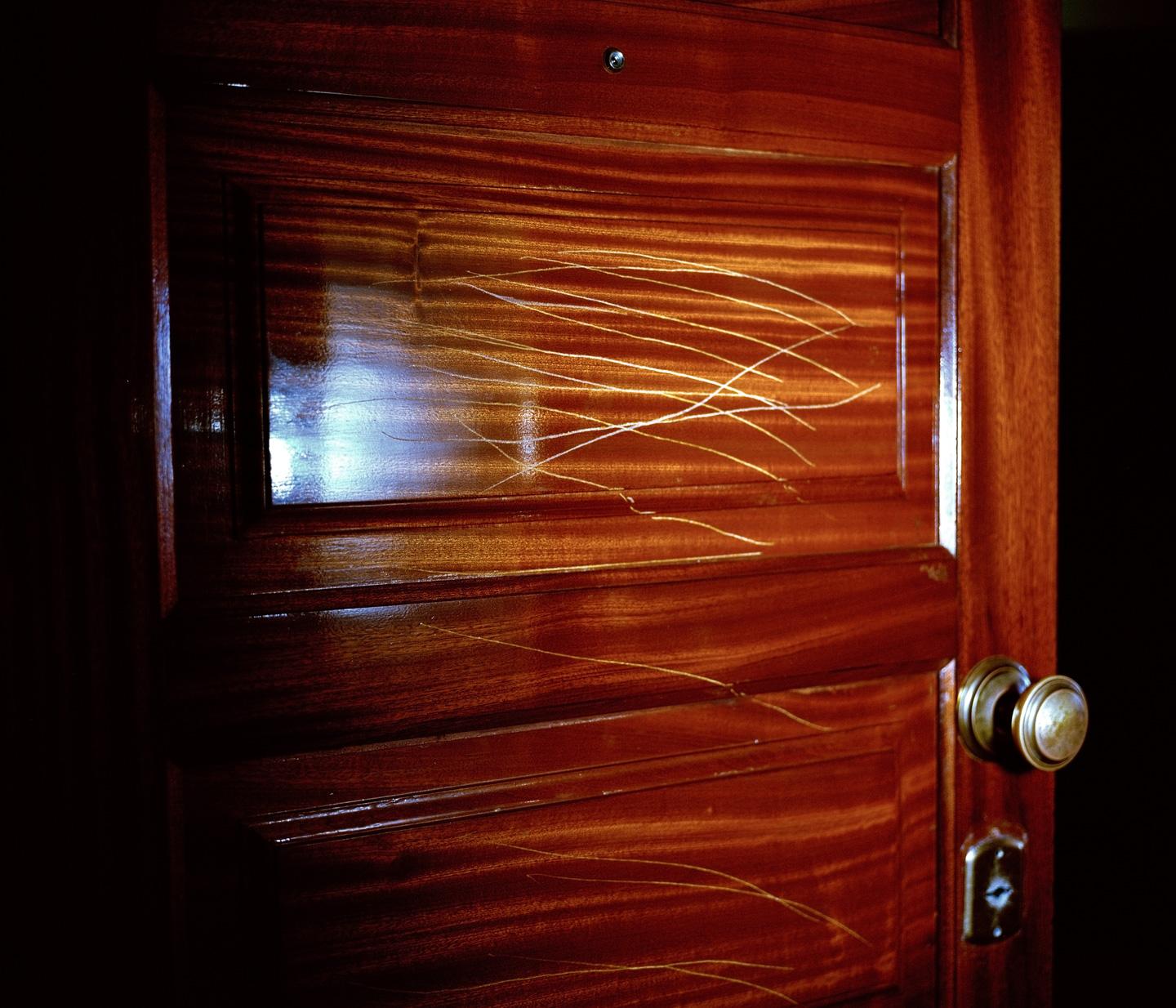 1 / 11
João, 44 year old, was stalked and psychologically abused by his ex-wife. His ex-wife is currently on parole after being convicted, but she kept stalking him nonetheless. João´s door was scratched when his ex-wife found that he was not at home, which is where she expected him to be. ‘I just want to live in peace.’ Almada, Portugal. October 2015. 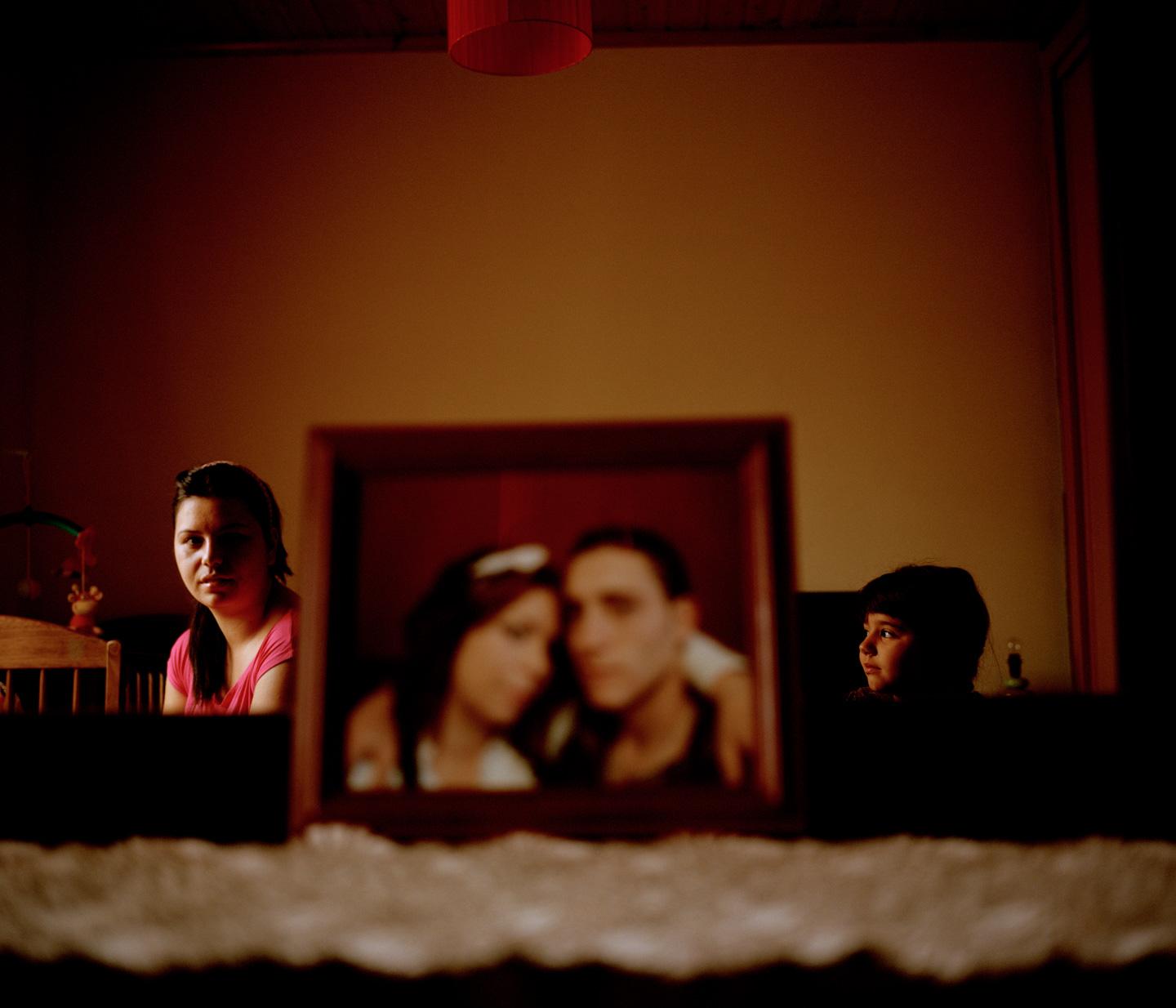 2 / 11
Nicole, 20 years old, was sexually and physically abused by her ex-boyfriend since she was 11 years old. She became pregnant at the age of 12 and during that year, she was forced to stay with the abuser’s family and to do the domestic work for them. “I could not talk to my family. I could not rest while I was pregnant. They beat me over the head and put cigars out on my arm. I passed out several times. They did not like me, they did not care about the fact that I was pregnant. I never received any love or affection from them.” Three month later her baby was born Nicole's sister could take her baby and herself from that "prison". Now Nicole is married and has another child. In the picture framed in the middle Nicole is with her husband, and in the right is Joana, her first child. For Nicole what had happened to her was a turning point in her life. “There is a huge difference between now and the past. There is a huge difference between being happy and suffering. Now I am married with someone who loves me”. October 2014, Rabo de Peixe, Azores, Portugal. 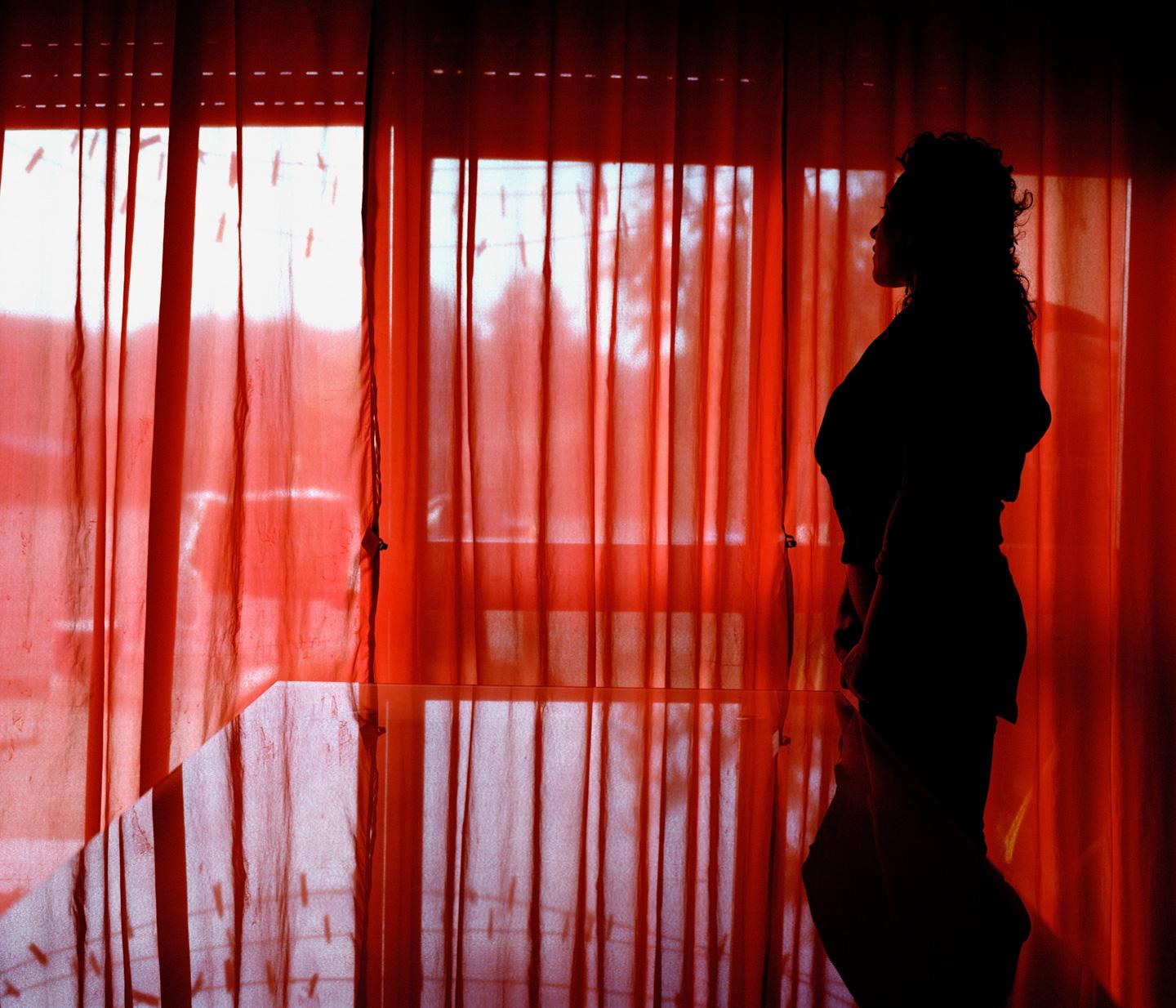 3 / 11
Teresa, 45 years old, was physically abused by her ex-husband for two years. She was completely controlled by him. She could not eat, sleep or even take a shower in peace. “If I fell asleep, he would punch me.” One day, Teresa escaped with her children. They stayed in a hotel for a week and then they were taken in a shelter houses in the North of Portugal. “We had to get used to a new life but anything would be better than the suffering we were facing.” Vila-Real, Portugal. October 2014. José Sarmento Matos 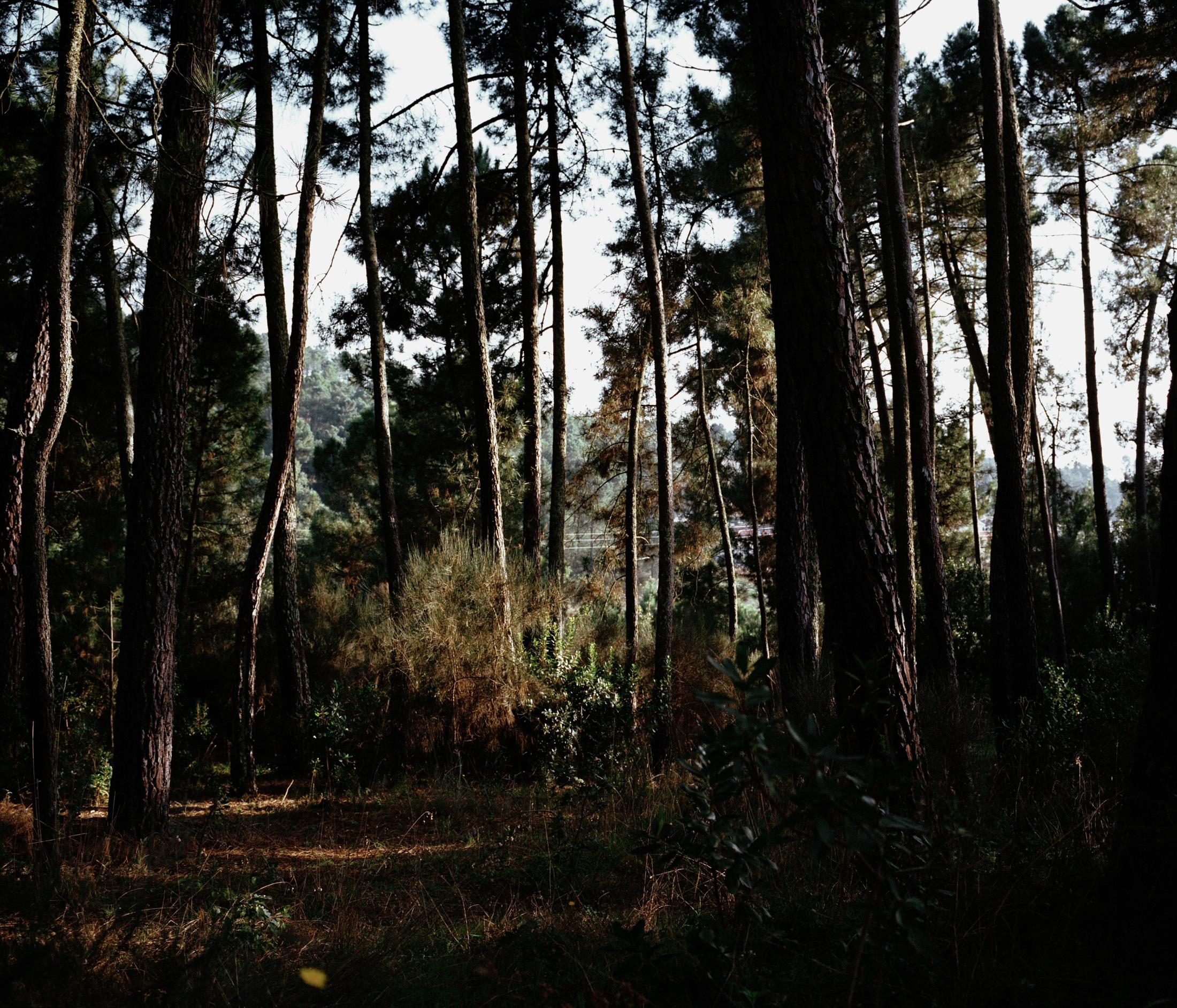 4 / 11
"It was my children who made me leave that situation. One day we escaped and hid in a forest where a friend picked us up"

Antonieta had already suffered from domestic abuse even before marrying her ex-husband, who forced her to marry him. She was physically abused for 13 years. She escaped with her children and taken in by her sister. 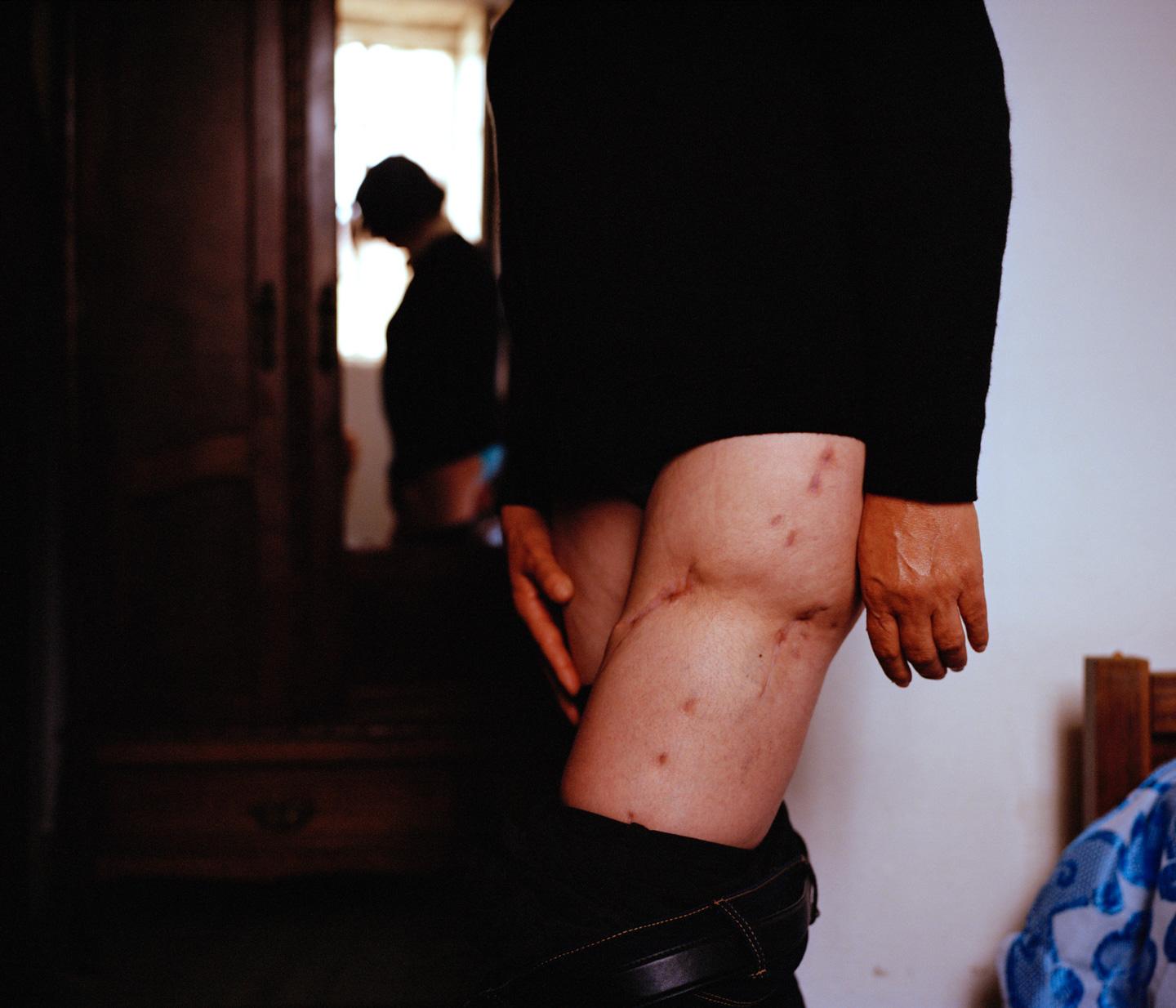 5 / 11
Angelina, 53 years old, was in a very violent relationship for 29 years, during which she endured psychological abuse and was beaten several times. After she divorced, Angelina went to live in a shelter house. However, her husband has continued to harass her for years. April 2014, he could take his electronic tag out, and while the family was baking for Easter, her husband shot her in the leg with a shotgun. He also shot and killed both Angelina´s mother and aunt, and attempted to kill their daughter. The murderer eluded police capture for 34 days. “I was so relieved when he was caught by the police. But I am still scared that he will try to kill me after his 25-year sentence in jail is complete. My only hope is that God will remember.” Vila-real, Portugal. October 2014. 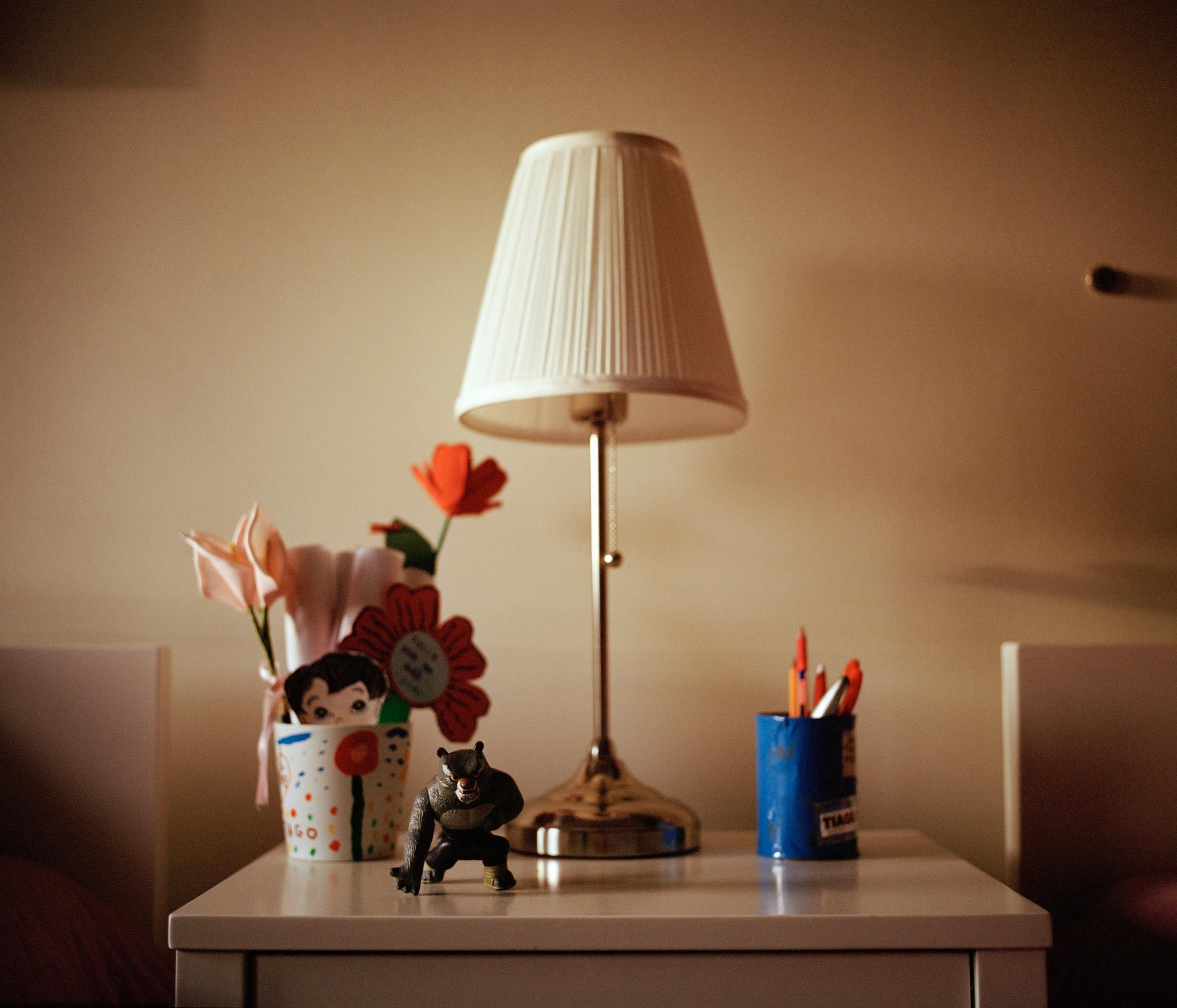 6 / 11
In a room of a shelter house for victims of Domestic Violence. Vila Real, Portugal. October 2014. 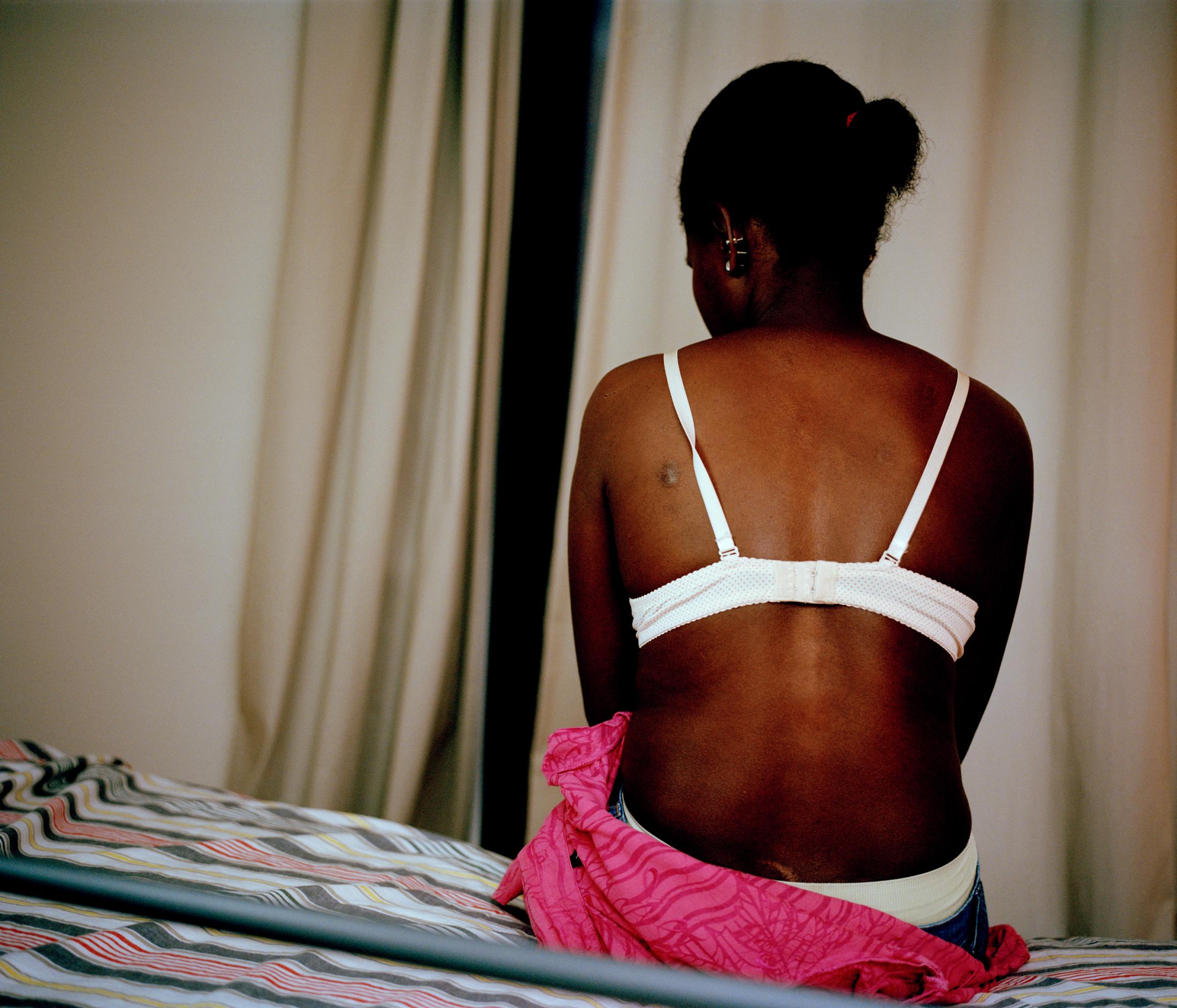 7 / 11
"I started a new life. I am legal now. My children can already go to the doctor. Slowly, my life is changing. I am learning Portuguese and I am looking for a job."
Hasina, from Senegal, was sold by her parents to be married to a Senegalese citizen living in Portugal. She was forced to work as housekeeper without pay. She was also a victim of physical abuse and was locked in a house for a long time during her pregnancy. 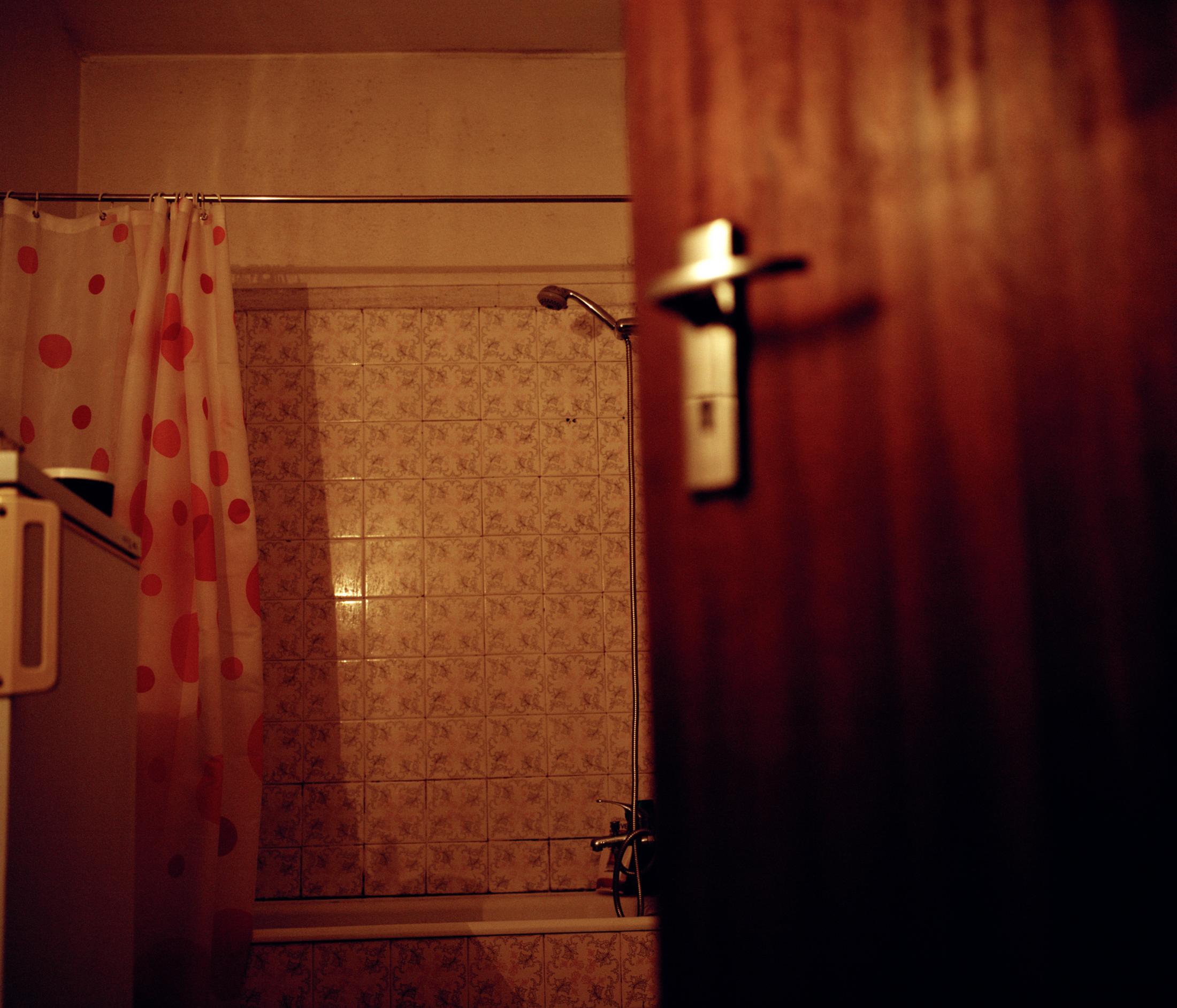 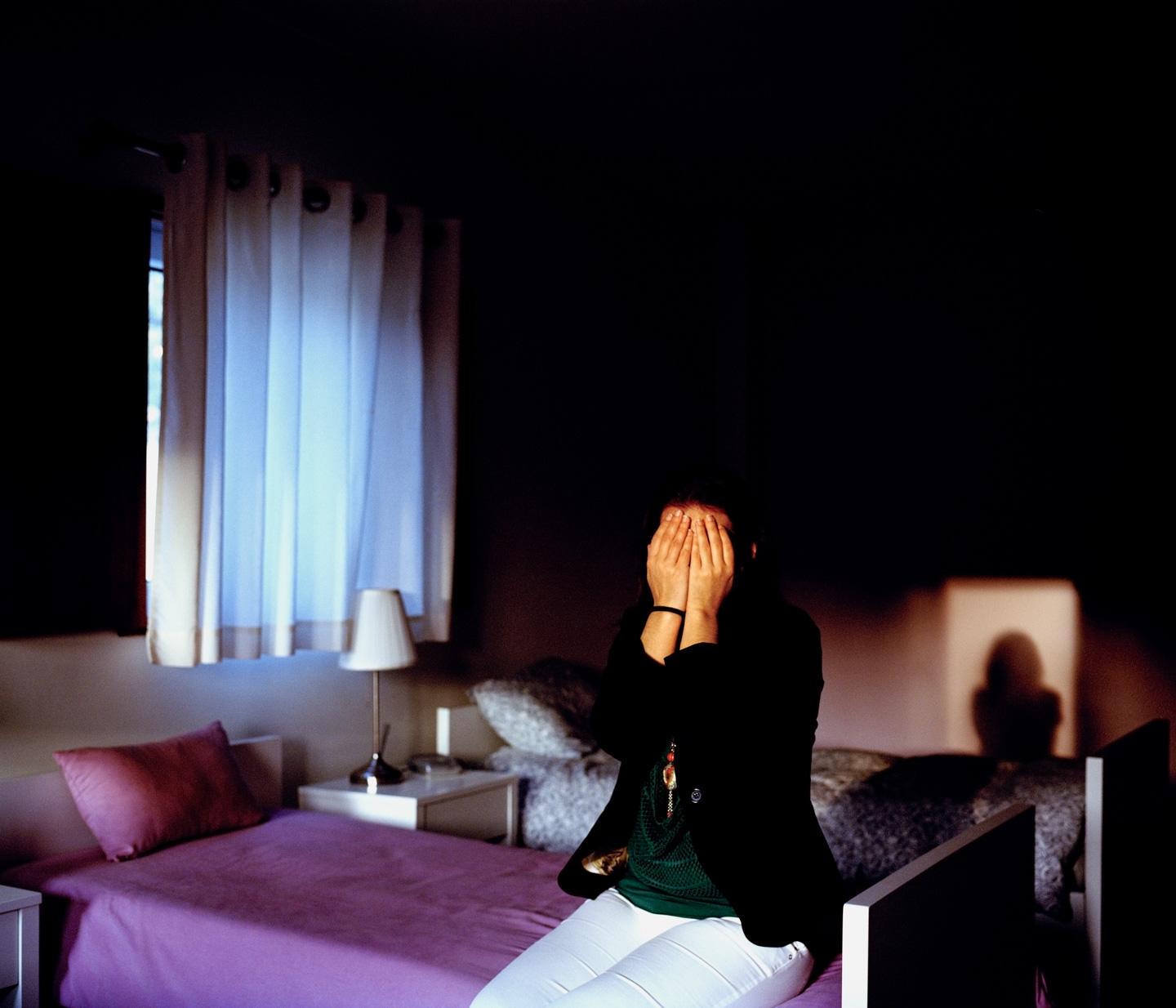 9 / 11
Elisa, 38 years old. After Elisa gave birth to their second child, her husband became physically and psychologically violent towards her. She moved to a shelter house 6 months ago where she felt safe. Her self-esteem has improved since then and she feels that she has started to like herself again. “There are a lot of things that remind me of the past. When I look in the mirror it reminds me of the sadness that used to be there before, whenever I looked into it. I question myself, why did I let it get to that point? Why did I not take this step to leave before?” Vila Real, Portugal. October 2014. 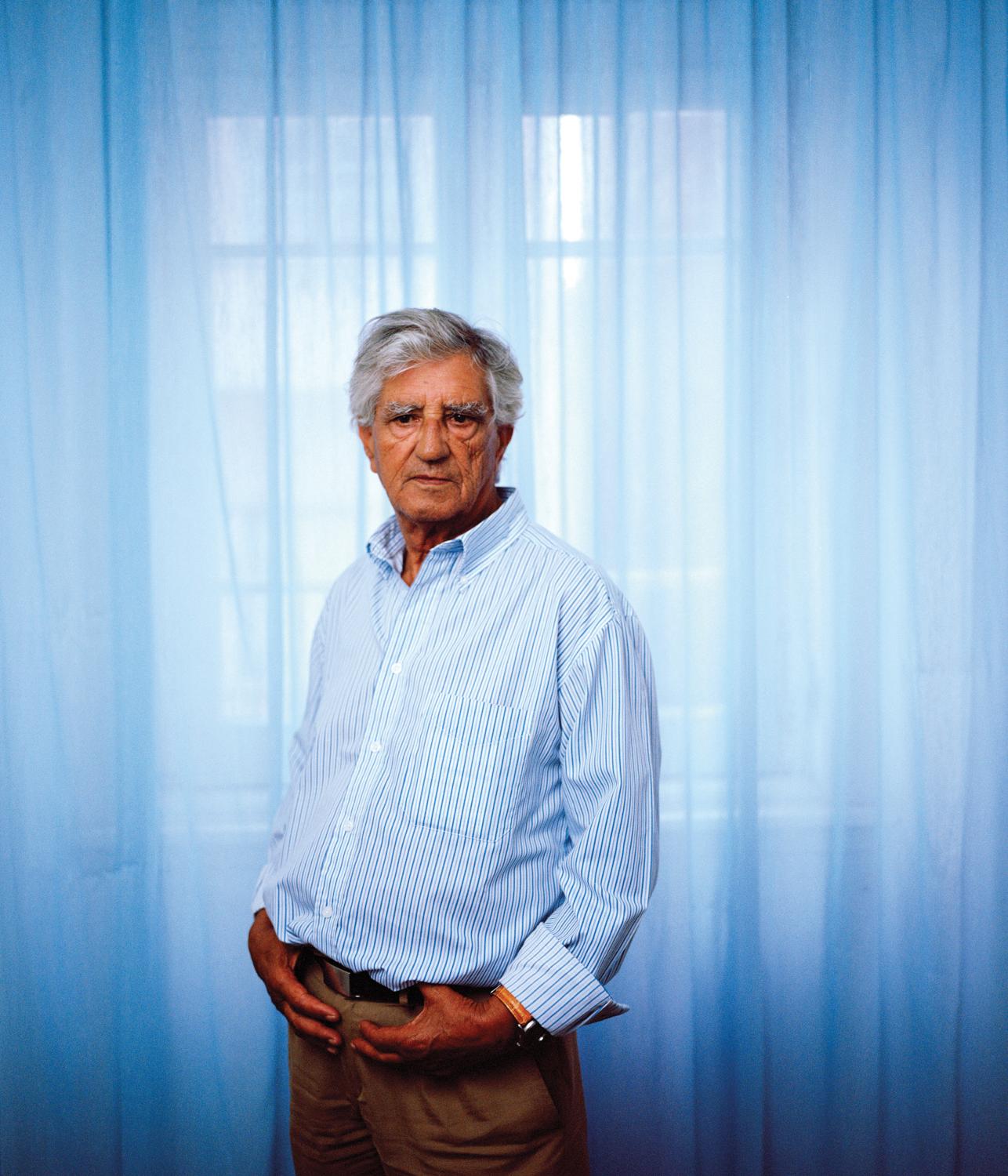 10 / 11
"Justice is my only hope". António suffered from psychological and physical abuse at the hands of his son. He was robbed by his son several times and had to leave his own home as a consequence of his abuse. 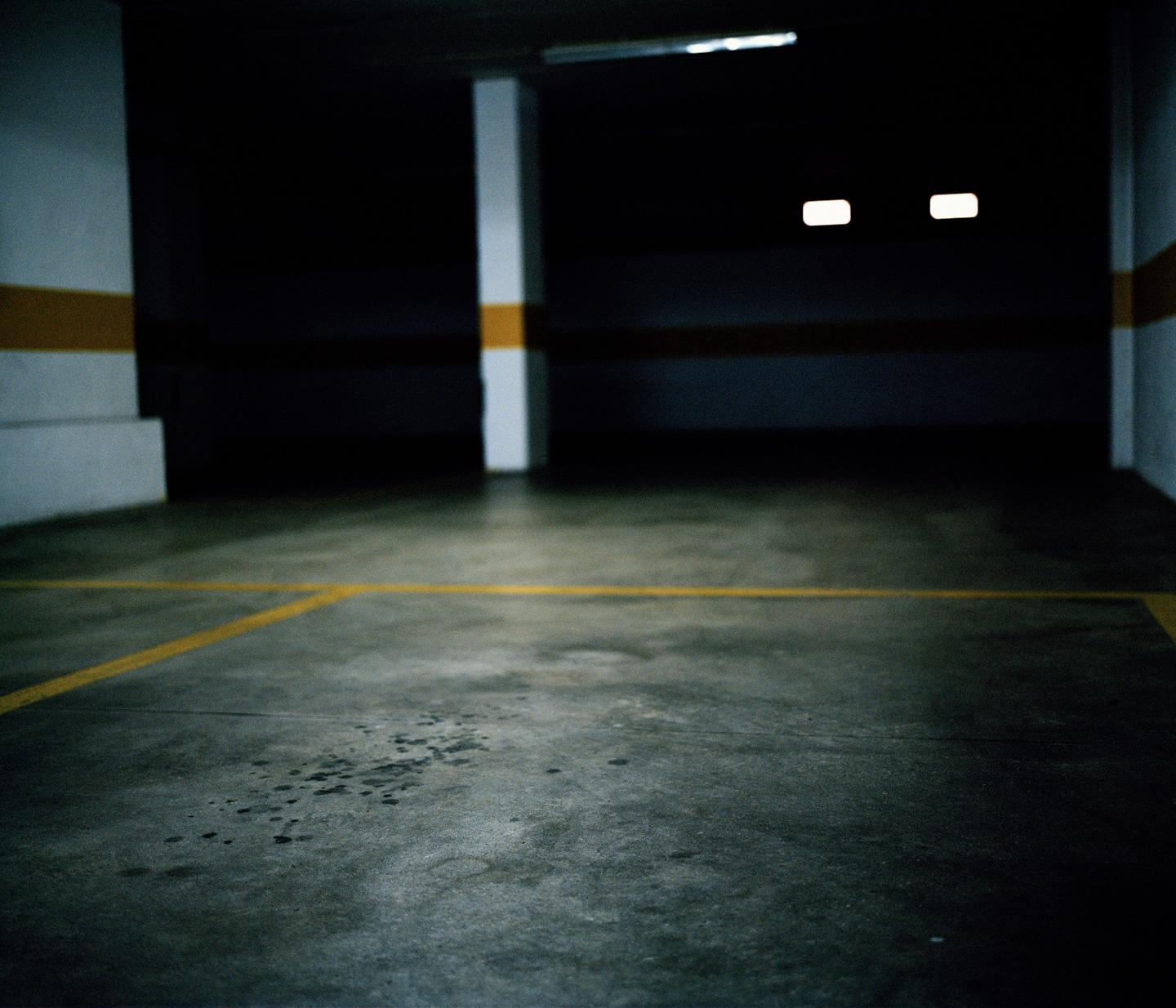 11 / 11
After years of psychological and physical abuse, Catarinas ex-boyfriend tried to kill her in her own garage when she was 19-years-old. At 8am on a Sunday, her mother felt that something was wrong. She heard a sound in the garage and was able to save her daughter. “My life changed considerably. I am working now, I live with my boyfriend and I have never been so happy. That day was a turning point in my life. If that hadn’t happened, I would probably never be free.”   Catarina, 25 years old. Alverca, Portugal. October 2014.